You are here: Home1 / Direct Response Copywriting
Have you ever set a goal or resolution, only to completely forget about it?
(Like the time I set a goal to run a half marathon, only to get distracted… Later, a friend asked me over lunch whether I “finished my half.” I thought he was talking about dessert!) 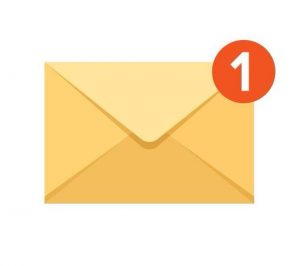 One of the most valuable things I learned in 2017 was the difference between making resolutions (which is a lot like wishful thinking) and creating s system of daily habits that lead toward the outcome that you want.
What does that mean?
It means that if you have a desired outcome (I’ll use myself as an example… I’d like to make enough money to finally pay off my student loans this year) break the big task up into smaller bits and figure out what task you have to do every day to reach that goal.
I get most of my business through my email newsletters. So I will discipline myself to continue to write an email every day and find out what offers will be more attractive to the people on my list.
I haven’t set a dollar amount to the goal. I can’t control that… I can just control what I do with my time every day.
If you’ve set some goals for yourself this year, I encourage you to try this approach.
Sean Kaye explains the idea of working backward to achieve your goals in this Monster Mice podcast interview.
https://secureservercdn.net/50.62.174.75/84z.829.myftpupload.com/wp-content/uploads/2021/04/logo-black.png 0 0 admin https://secureservercdn.net/50.62.174.75/84z.829.myftpupload.com/wp-content/uploads/2021/04/logo-black.png admin2018-01-11 23:38:502020-11-20 13:27:54Better than a resolution. 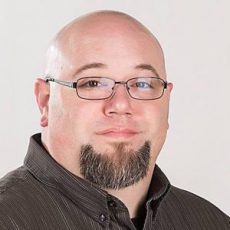 Once upon a time, as snow fell softly on the roof of a little cabin in rural Arkansas, Todd E. Jones learned his most important business skill at the feet of his two grandpas… how to tell a story.

As a digital marketer, Todd uses his storytelling to entrepreneurs and B2B companies improve their SEO rankings, engage their customer base and make a steady stream of sales. And in this podcast, he shares his tips on how to use weave compelling stories into your marketing mix. Check him out at https://www.grafixcatmedia.com. 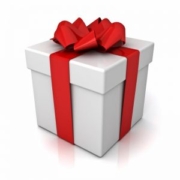 A month’s worth of house cleaning.
I loved it, because I was getting huge and being pregnant is exhausting and my sense of smell was a million times stronger than before.
Again, I loved it.
Now that I have a couple of businesses, I’m thinking of ways to promote the gift-worthiness of what I sell.
Just this morning I got a message from one of my laundry customers. He bought 10 loads of laundry as a gift for his son. So today I’m going to promote the laundry gift cards.

I’ve done a couple of successful holiday promotions for my marketing customers. Karen Wray had a lot of new customers come in because they saw an article that I published. And The Pig + Fig got some great feedback and some sales off this email that I wrote for them. 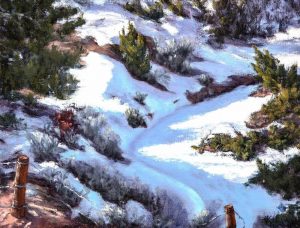 People ask me all the time how to write copy for the art market.
Apparently, it’s one of those niches that seem mysteriously difficult to write for.
Whenever there is an event at the Karen Wray Fine Art Gallery, Karen has me write a press release about it.
When we publish articles that show that there is a special event, she will get a crowd of people.
Here is a link to the most recent article, all about how people can get some unique Christmas gifts right now.
Karen said, “Thank you for the article about our Christmas show! Several customers mentioned that they read it and chose to come in due to the article!”
If you have an event coming up, or want to get more people to come to your business, a press release might work for you. Click here to make an appointment.
https://secureservercdn.net/50.62.174.75/84z.829.myftpupload.com/wp-content/uploads/2021/04/logo-black.png 0 0 admin https://secureservercdn.net/50.62.174.75/84z.829.myftpupload.com/wp-content/uploads/2021/04/logo-black.png admin2017-12-13 22:16:542020-11-23 05:14:20This article brought shoppers into the gallery.
Yesterday I was checking out the comments on another person’s blog and feeling very satisfied with myself.
You see, I had just wrapped up the first month of a content package. And the blog posts were ghost-written by me.
At the beginning of this month, the owner of this particular website gave me a spreadsheet of ideas, bullet points and links to sales letters.
From there, I researched the topics, got to know the products and every week I delivered a 1,500-word blog post and a sales email on a silver platter.
She continued to write blog posts and emails on her own. But this month she had twice as much content and it freed her up to work on her core offerings.
It was cool to see how her audience was reacting the blog posts that I added, and how she was using the content to direct people to her sales pages.
I have some space in my schedule for another client who needs a steady stream of blog posts and emails. Click here to sign up for a free15-minutee meeting.
https://secureservercdn.net/50.62.174.75/84z.829.myftpupload.com/wp-content/uploads/2021/04/logo-black.png 0 0 admin https://secureservercdn.net/50.62.174.75/84z.829.myftpupload.com/wp-content/uploads/2021/04/logo-black.png admin2017-12-13 22:09:562017-12-13 22:09:56Her secret’s safe with me.

In a couple of days, you might find yourself sitting around the table, eating pie.

Your cousin or uncle or nephew will be next to you making small talk, and you mention work.

And a look of panic and confusion might sweep across their features… just before they ask, “What do you do, exactly?”
Happens to me all the time.

(But I have to admit it’s funnier when it happens to my husband… who always has to explain that plasma physicists don’t work with blood or TV’s.)

I’m sure it happens to you too.

And it’s not because your job is that hard to understand. It’s just that it can be hard for others keep track of what you do.

It’s up to you to make it memorable.

Earlier this year I wrote a case study that helped several people explain what they do for a living all at once.

Edj Ink (a printing and branding company run by Patrick and Lisa Brenner) hired me to write the case study. 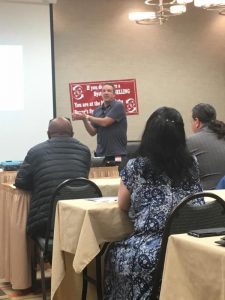 Everyone does.
Adam Greenhood created AdWallet… and he will pay you to watch ads.

As soon as the “Skip Ad” button appears on the screen your eyes are glued to it so you can pounce with your ad-skipping fingers the moment YouTube will let you.

Most advertising people will use that fact of life and immediately lecture you on the importance of grabbing your viewer/reader’s attention within the first five seconds (how rude!) and then charge a ridiculous amount of money to create that attention-grabbing ad.

Adam Greenhood walked away from his job as an advertising executive because he was tired of charging so much money to create ads that people ignore.

His Eureka moment came when he was staring at that Skip Ad button.

Instead of trying to get people to pay attention, why don’t we just pay people for their attention?

That’s how AdWallet got started.

AdWallet is an ad platform where you can create an ad and send it to users who have agreed to watch the ad.

Unlike most other ad platforms, you know that for every dollar you spend, one person will carefully watch your ad.

That’s because your ad will be sent to a highly targeted audience. (The users have filled out a detailed profile).

They get a notification when they have an ad to watch. They watch it and have to answer a question afterward. That way you know that they paid attention.

When they answer the question correctly, they get fifty cents and AdWallet gets fifty cents.

Plus, after they earn their $.50, they can get an additional $.25 by accepting an offer. 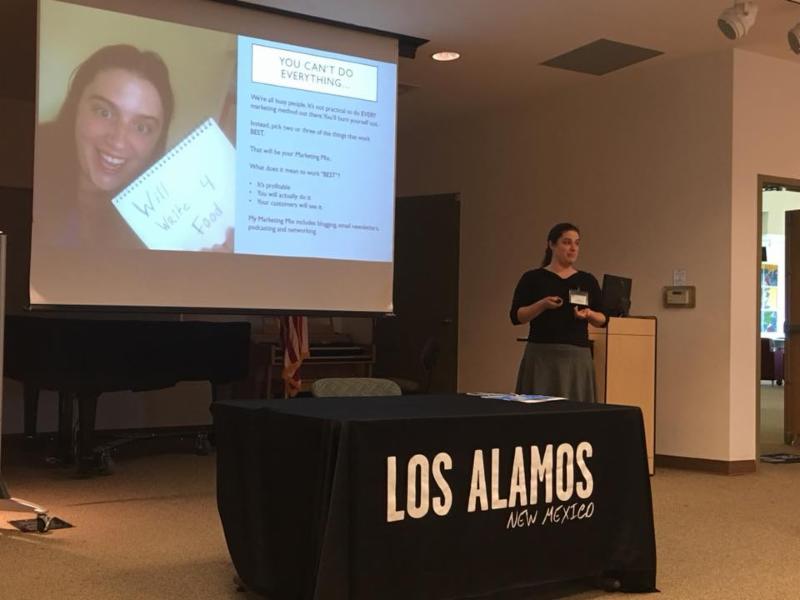 presentation on digital marketing at the Los Alamos Chamber Business Breakfast.
If you didn’t make it, I’ll let you know what I talked about.
I don’t think it makes sense for anyone to try to do every possible thing online. Rather, choose the two or three most profitable and useful marketing methods, and do those things often and well.
That said, there were a few things that I recommended people try.
1) Make a bait piece and use it to grow an email list.
The bait piece should solve a problem that your customers face that is related to the product.
2) Email your list and make an offer every day (or at the very least, way more often than you do now).
3) Sell something.
After giving it some thought, it occurred to me that you can use LeadPages to do all three of those things. Click here to get a free trial.
Anyway, if you would like to use LeadPages to increase your sales, give me a call.
https://secureservercdn.net/50.62.174.75/84z.829.myftpupload.com/wp-content/uploads/2021/04/logo-black.png 0 0 admin https://secureservercdn.net/50.62.174.75/84z.829.myftpupload.com/wp-content/uploads/2021/04/logo-black.png admin2017-12-13 21:51:442017-12-13 21:51:44In case you missed my digital marketing presentation… 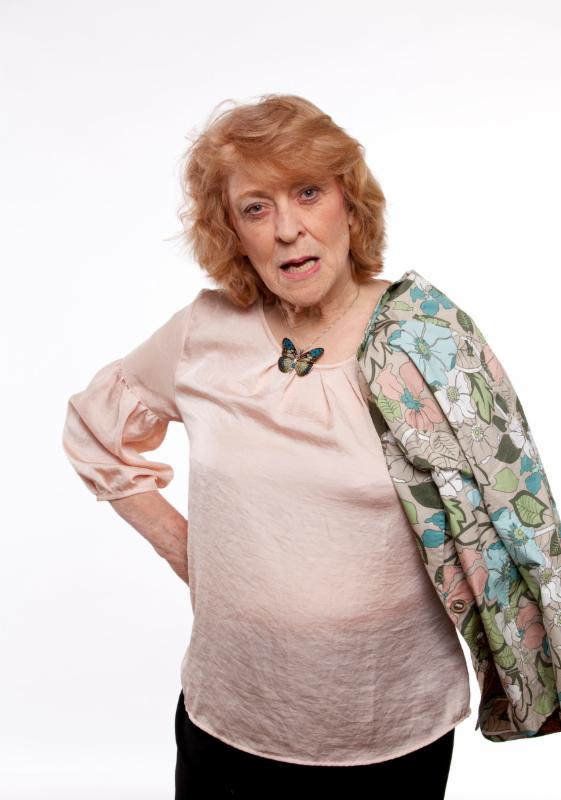 I was in the Delray Beach Marriott.
I had just wrapped up a solid two-hour networking extravaganza at the famous and insanely valuable Job fair at the end of AWAI’s Bootcamp.

I was in the middle of a gaggle of copywriters waiting for the elevators. We were hyper and jazzed about our careers and the opportunities that were afoot for everyone.

One woman was among us, but not part of the group. She looked like she just came back from the beach and she wanted to know what everyone was so excited about.

She pulled me aside and asked me, “What do you write?”
… and I was still in the groove, marketing myself and trying to stand out as an email copywriter. So I blurted out, “I write emails.”
“Emails??” she scoffed. “I thought you were a real writer… I thought you wrote BOOKS!”
All the other copywriters turned to look and hide their giggles… this lady was really bellowing at me and I could feel my face turning bright red.
I wondered when that damned elevator would show up because this lady was still scowling at me like I was the world’s biggest moron. Emails, indeed!
But, whatever.
I don’t have to impress her.
Because I can tell you for a fact that writing emails is totally awesome.
Just last week I was sending one email a day to my client’s list. We’ve been trying to sell tickets to an yoga retreat in Mexico.

If you need a sales letter, now is the best time to have me write it.

Next week I’m going to AWAI’s Fast Track to Copywriting Success Bootcamp. I have been going almost every year since 2010 when I joined the Circle of Success. I’ll also be going to the Titanides Live event.

And that is why you should contact me know about your sales copy. I will be spending the week immersed in copywriting, finding out the biggest trends and learning secrets from the best copywriters on the planet, like Clayton Makepeace, Carline Anglade-Cole, Nick Usborne, John Forde, Steve Slaunwhite, and Richard Armstrong to name a few.

I’m totally excited and ready to learn. But more important, I’m ready to use all this information and write some highly effective sales copy.