Blog - Latest News
You are here: Home1 / Featured2 / Bring people in the door with a great giveaway 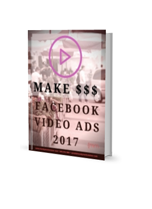 Last weekend I attended Los Alamos’ Chamberfest where all kinds of businesses had booths and were offering information and giving away promotional items.

Some of the giveaways were very eye-catching: Los Alamos National Bank had an enormous pile of sand delivered to downtown so that little kids could dig in it. They also gave away silly putty and other knick-knacks.

You may be thinking, “Of course the bank can afford to give stuff away. But what about my small business?”

Many small businesses are reluctant to use giveaways to build their business. But it can be a great way to attract new customers who come back again and again. When you calculate how much money a customer might spend with you over time—the lifetime value of a customer—the expense of a giveaway is well worth it

Giveaways can multiply your sales by bringing in more buyers

Karen Wray, owner of Karen Wray Fine Art, discovered how giveaways boost sales when she had a drawing for a hot stone massage from Mullein Leaf Massage. Like many business owners in Los Alamos, she doesn’t always get as much foot traffic as she needs, but she understands that it’s up to her to inspire people to walk through her door. Once they’re in the gallery and see all the paintings, jewelry, cards and gifts, they usually want to buy something.

For the massage giveaway she chose a day when an arts and crafts fair was already planned downtown, and so there would already be a crowd of people interested in buying art. By simply walking around telling people that she was having a drawing in her gallery, their job was as easy as walking across the street to sign up.

She didn’t want to require a purchase in order to qualify for the contest, so there were no strings attached. Nevertheless, it was one of her biggest sales days.

Find out what works and build on your success

Wray’s first giveaway promotion was so successful she was eager to do again. We thought about what worked about the promotion: She was giving away something which is clearly valuable or which people consider a treat. For the second giveaway she did the same thing, but instead offered a dinner for two at the Blue Window Bistro. Again, she chose a day where there was already a crowd downtown—Chamberfest. Unfortunately, she wasn’t able to repeat the best part of her first giveaway—a crowd of people downtown already in the mood to buy art.

But she also made a couple of improvements. During her first drawing, she simply drew names out of a hat but didn’t invite her new customers to join her email list. This time she was ready with slips of paper that let them sign up for the prize and sign up for the email newsletter at the same time (it’s important to mention that signing up for the newsletter wasn’t a requirement to enter).

The second improvement was that she caught people’s attention by adding something silly. It was her Basset Hound, Tinkerbelle’s, birthday and she threw a birthday party for the dog. There were balloons outside, and she served cake and doggy cookies from Pet Pangaea. When she walked around at Chamberfest, she brought Tinkerbelle with her. That way, she could spot other dog owners and let them know that their dogs were invited to the party.

I was impressed by that idea, because it was an offbeat way to bring in new customers who would connect with her (but might not realize that they wanted to shop at the gallery). Right now she offers a lot of artwork with dogs, cats and birds as subjects. By having a birthday party for her dog she was able to bring in animal lovers that would want to buy those pieces.